WHY do an exchange in Macedonia

Symbiosis of green mountains and flat fields, modern and traditional, sun and storms, smooth winters and cool summers. Everything you want to inhale from one country, is summarized in Macedonia. Easy way of travel around, very available and cheap for internationals. Choose an exchange in Macedonia and you will find that the country has more to offer than you had ever imagined. Grasp the opportunity to study in Balkans’ gateway to Europe and open up a world of possibilities.

People who have visited Macedonia often emphasize how safe the country feels. Children walk to their school on their own and even the President can be seen doing his own shopping with a minimum of security. The statistics confirm this image of Macedonia as the country has one of the lowest crime rates in the world.

Wild, green, peaceful, adventuristic and all you can ask for, you have it in one country – Macedonia. Ohrid is the most beautiful pearl on Balkans, here is traditional Skopje with taste of modern society, beautiful national park Galicica, Pelister, Mavrovo, where you can find all natural lake, go for a hike, skiing, or horse riding and fulfill your time in nature and beauty for eyes. Krusevo is the town on the highest point in our country. There you can find more about newer macedonian history and feel the spirit of revolution in past years.

Freedom of expression and equality for all, are part of Macedonian philosophy. Every ethnical group is respected and recognized, so the democratic system of the country is functionating perfectly. 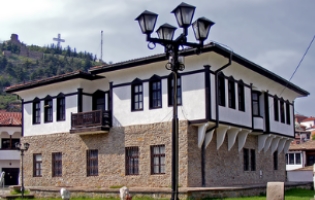 WHY do an exchange in Macedonia?